The Saints got the 2017/2018 season underway with an impressive win at Oxford City’s Marsh Lane ground.

The home side took the lead after a long ball on their new 3G surface was missed by Tom Bender and Patterson lobbed the Snedker to take the lead.

The result was confirmed in the final ten minutes as Sam Merson struck a powerful effort which found the top corner.

The hosts did score a consolation in the 94th minute, but the visitors were deserving of a much larger scoreline. 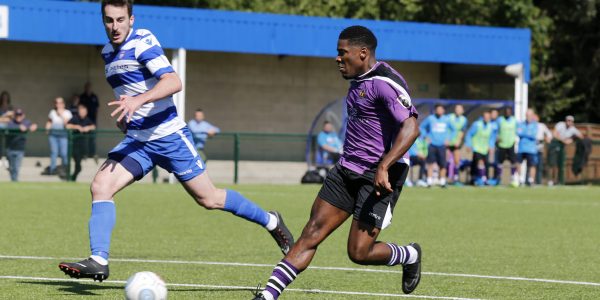 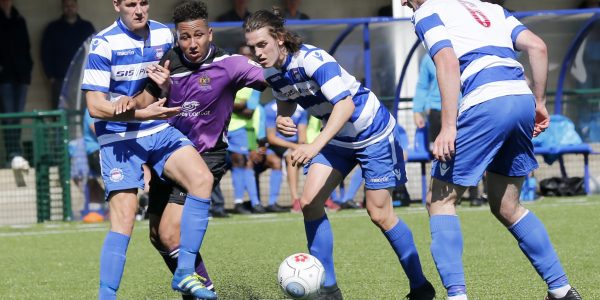 Zane Banton tries to find a way through the Oxford defense 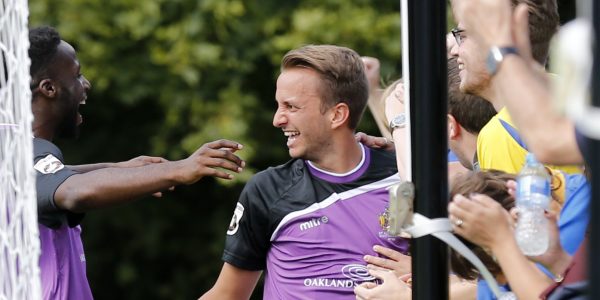 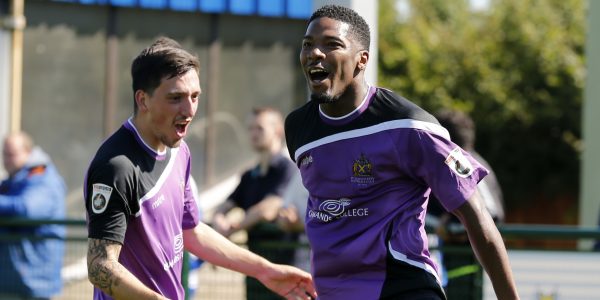 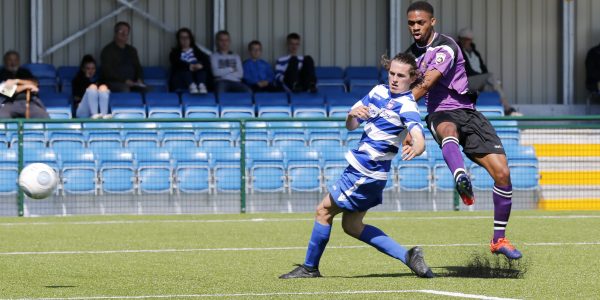 Kieran Monlouis has a blast at goal 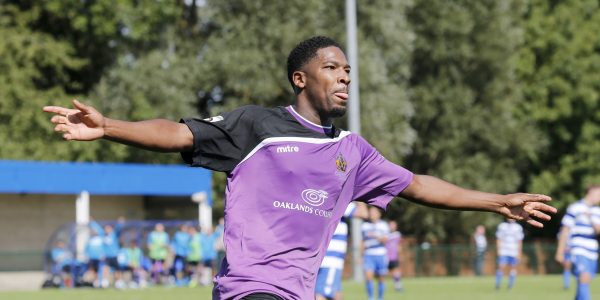 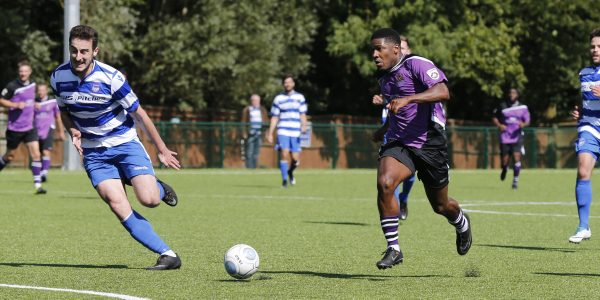 St Albans kick-started the new season with a 3-2 victory away to Oxford City at Marsh Lane.

Oxford started life on their brand new 3G surface looking positive as they tried to spread the ball towards the flanks and cause early problems for the Saints.

Zane Banton, however, had the first real sight of goal during the opening quarter of an hour when he picked up the ball in midfield and skipped past a number of defenders before hitting an effort which sailed past Craig Hill in the Oxford goal.

The opening goal of the game came from a harmless looking long ball which had been hit forward by Joe Oastler. Tom Bender attempted to intercept the pass but the ball skipped under the boot of the defender and into the path of debutant Matt Paterson who calmly lobbed Dean Snedker to give the hosts the lead.
Shaun Lucien almost levelled the game with a free-kick in the 35th minute, but his set piece was deflected inches wide by a well-organised Oxford wall.

Former Saint Godfrey Poku was next to go close. A ball was played in from the right and the defender curled the ball past Snedker’s right hand post when he should have done better.

St Albans, for much of the first half, had plenty of the ball but struggled to click in the final third as Oxford did well to hold their defensive line and restrict the visitors to play largely outside the box.

As the game ticked over in the 45th minute, the visitors finally found the break through. Energetic midfielder Solomon Sambou won the ball in midfield and ran towards the area before playing it into the path of Shaun Lucien, who with the outside of his boot, slotted it past Hill and into the far corner to send the two sides into half-time level.

It took the Saints just twenty seconds to take the lead following the restart. Monlouis picked the ball up and played it into Sambou, and the midfielder who had set up Lucien’s opener turned goal scorer as he curled a superb right footed effort into the top corner.

St Albans dominated possession with midfielder David Noble in-particular at the heart of much of St Albans’ play. The visitors got forward well but failed to extend their lead as a number of dangerous looking balls into the goal mouth were cleared by the hosts.
Sam Merson was introduced in the place of Charlie Walker in the sixty-eighth minute, while Murrell-Williamson and Kiangebeni replaced Banton and Noble with less than quarter of an hour left on the clock.

These substitutions added freshness and extra pace to the side, which finally told in the 84th minute. Solomon Sambou won the ball on the left midfield and played it into Sam Merson who had found space in the box. The substitute took a touch and hit a powerful strike which beat Hill and secured the three points for Ian Allinson’s side.

The home side pushed forward looking for a consolation and scored their second of the afternoon in the final minute of additional time. Substitute Craig Fasanmade hit a low cross from the edge of the box which caused panic in the St Albans box before it was finally turned over the line by midfielder David Pearce.

Despite the late consolation goal, St Albans were well worth the three points and should have won by more than the one goal margin.

The Saints will be looking to make it six points from two games when they host Wealdstone at Clarence Park on Tuesday evening. Kick-off is 7:45pm.